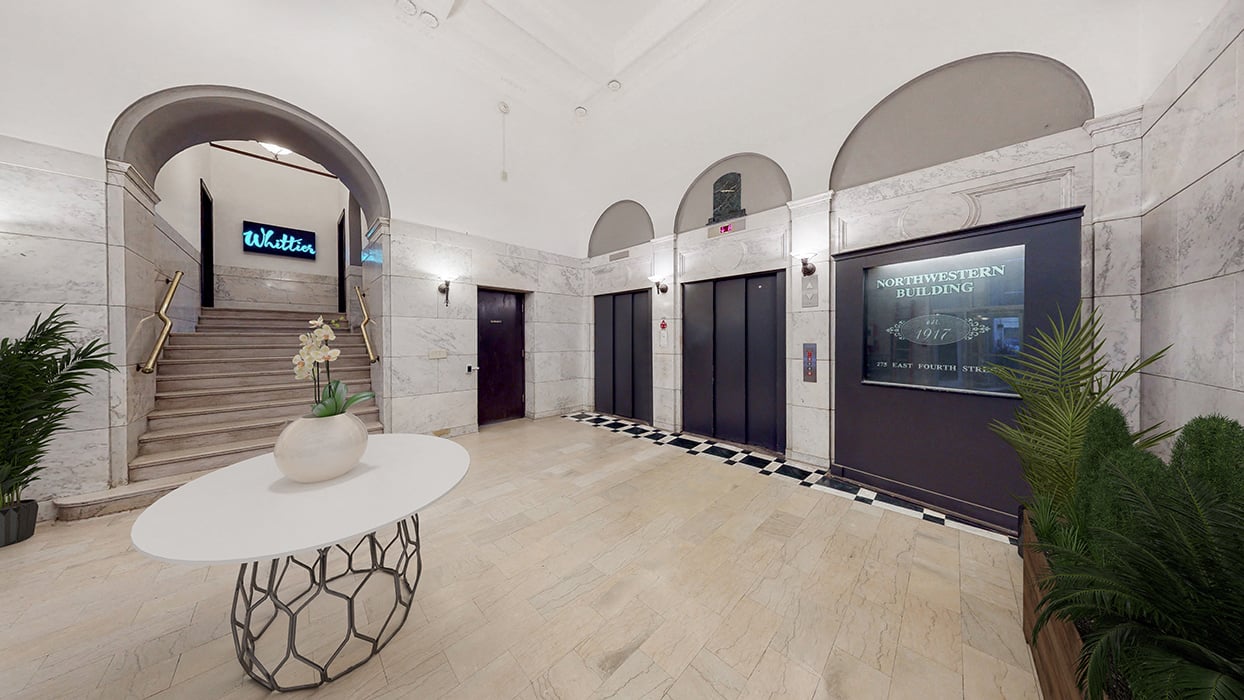 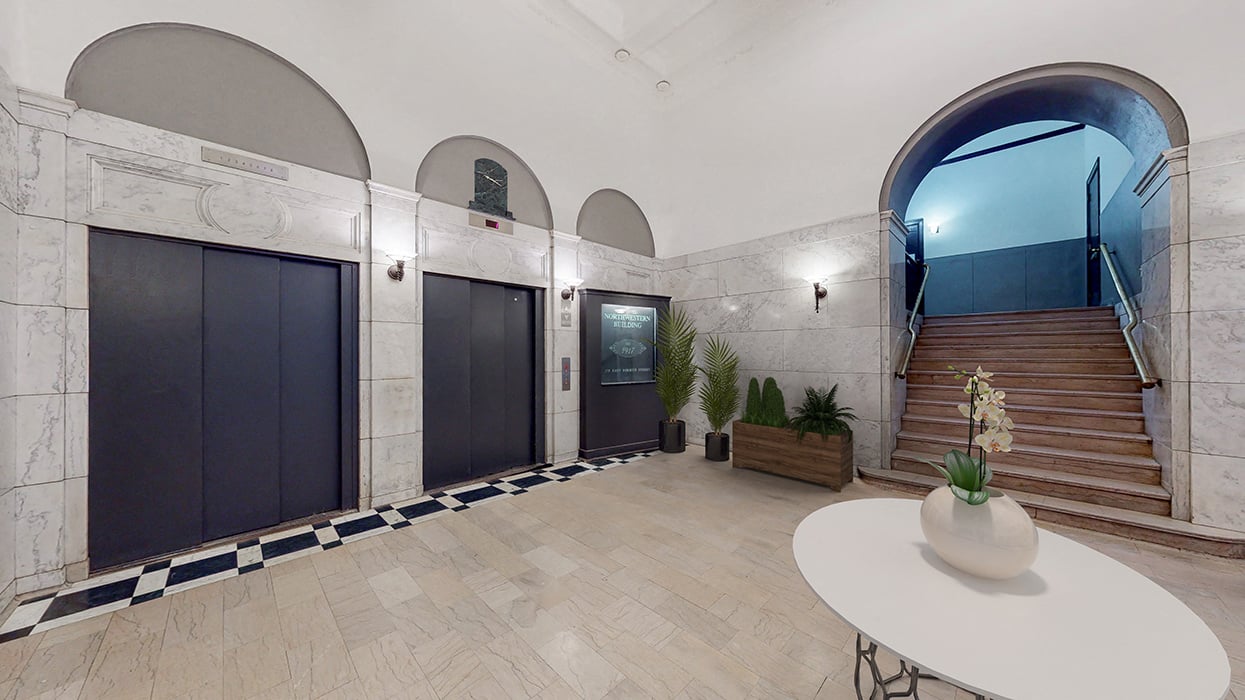 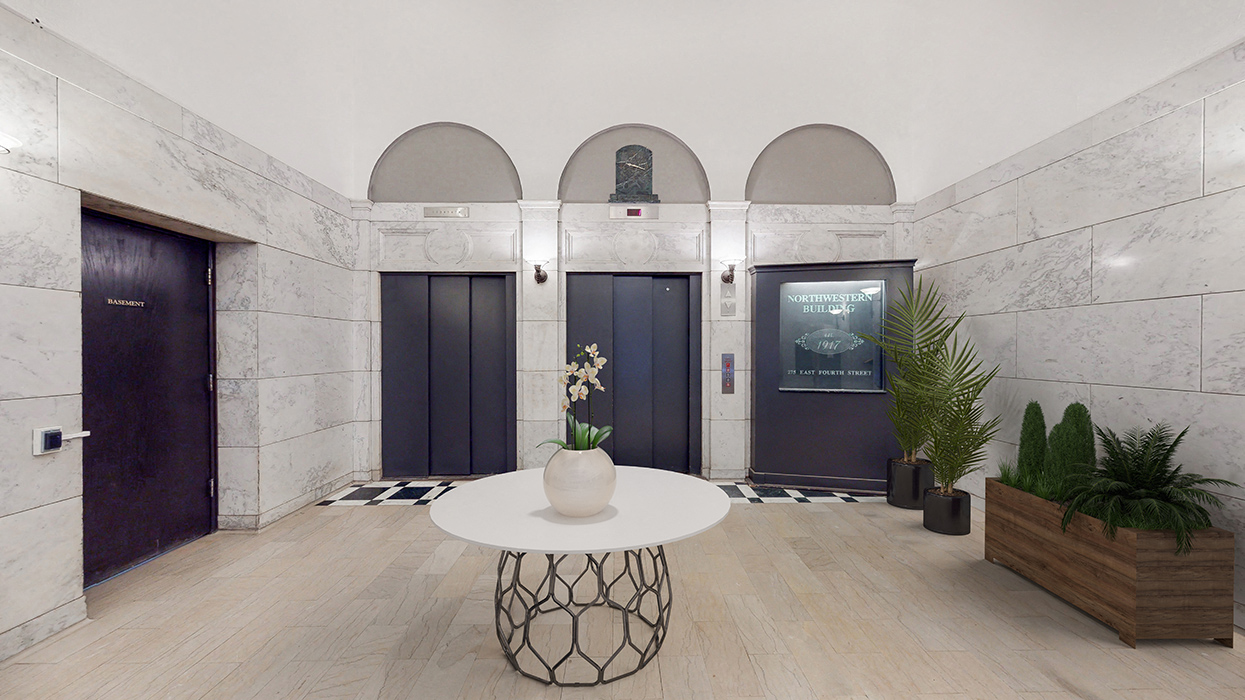 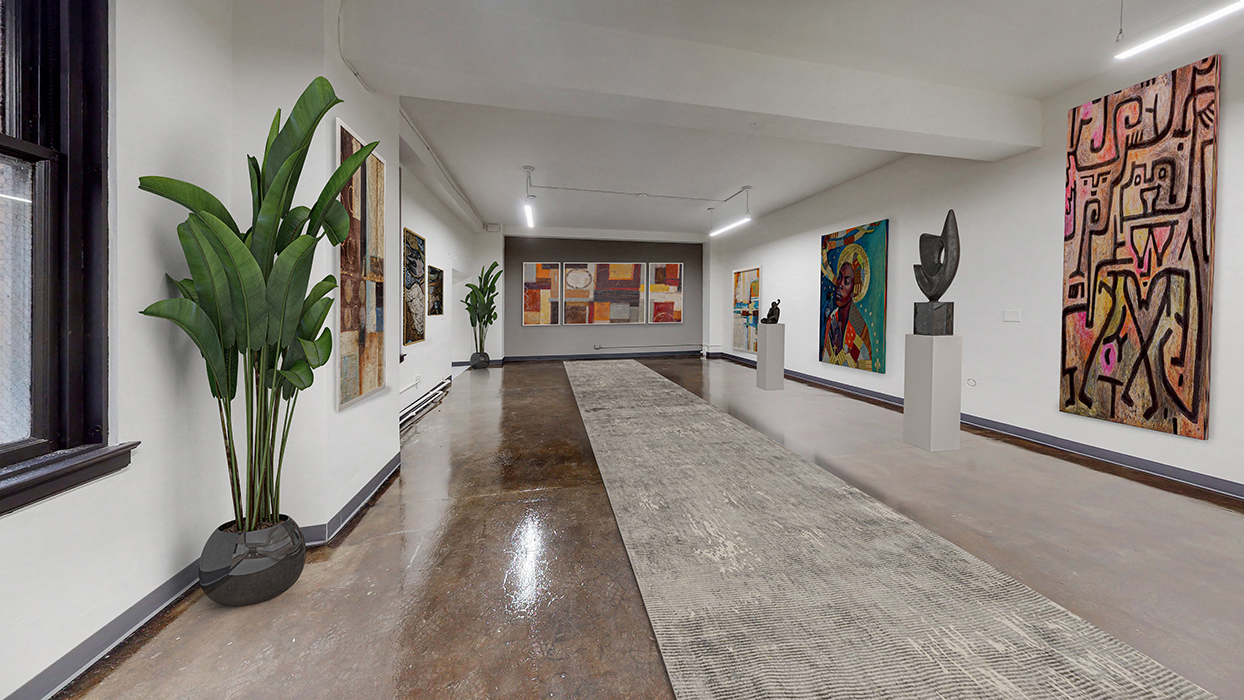 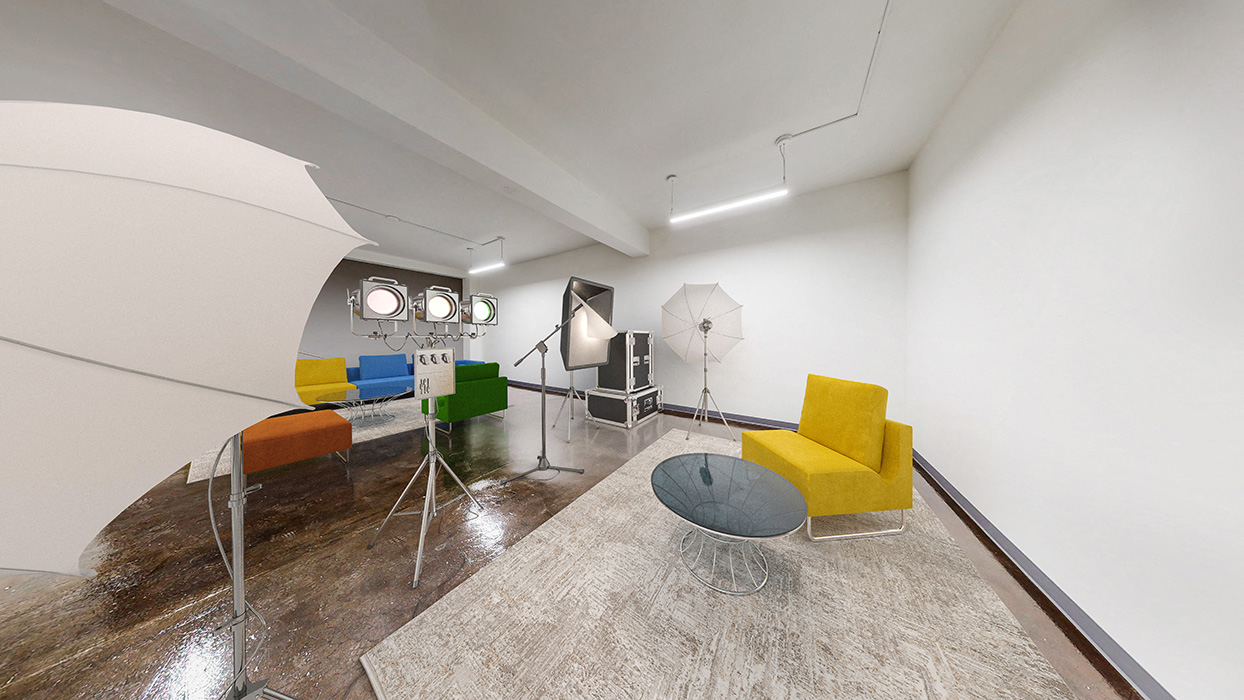 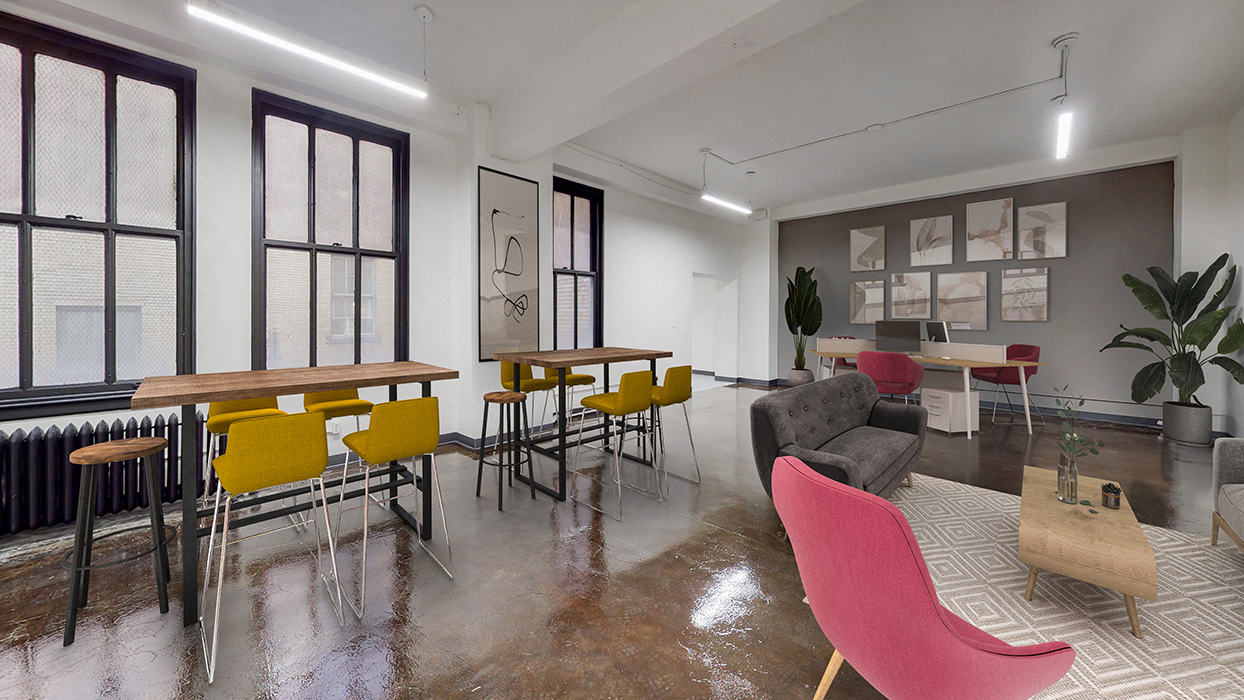 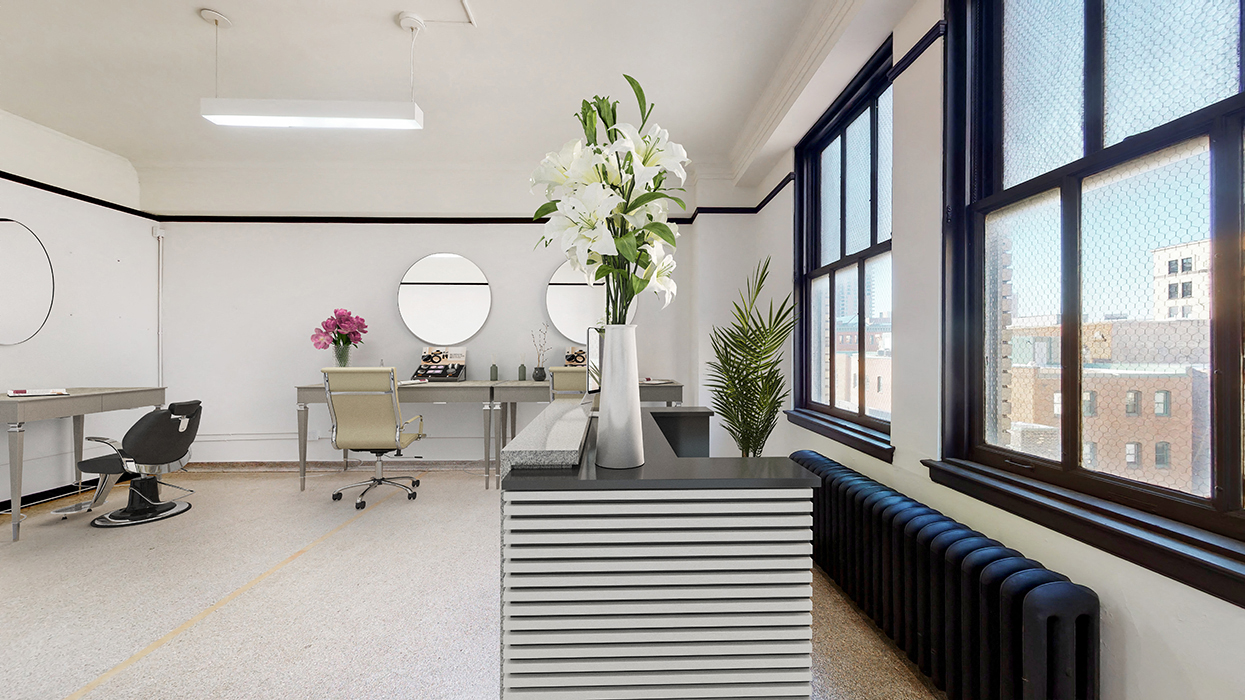 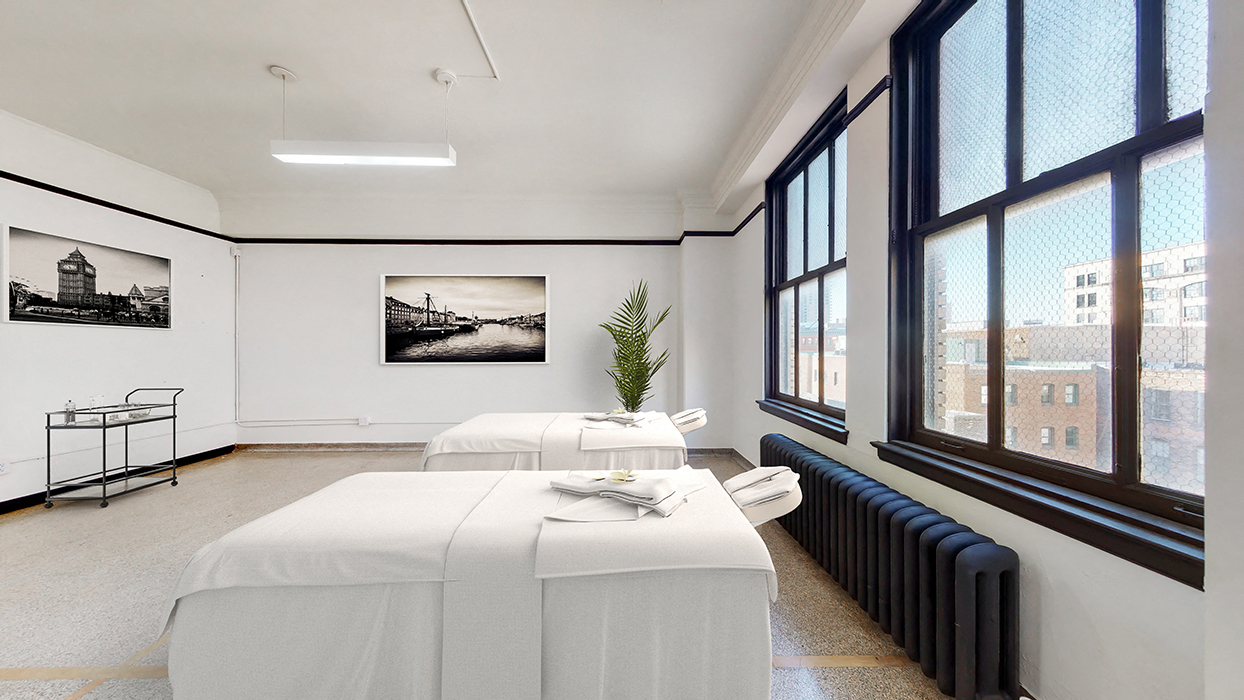 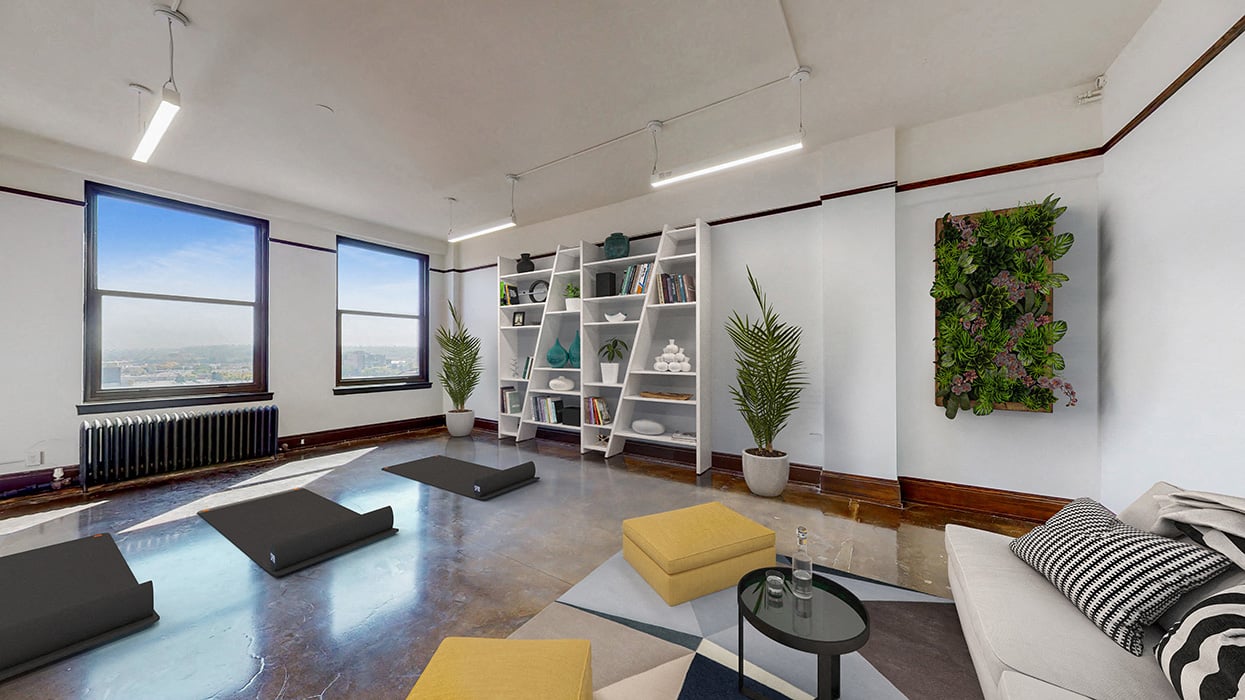 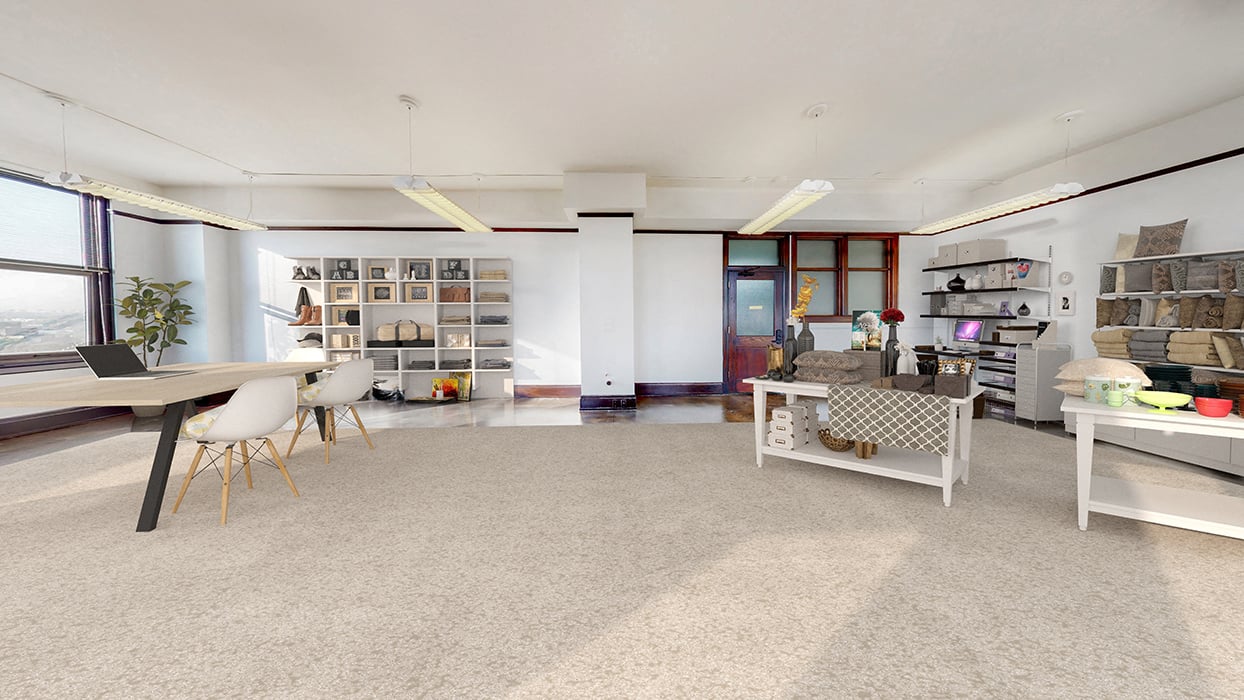 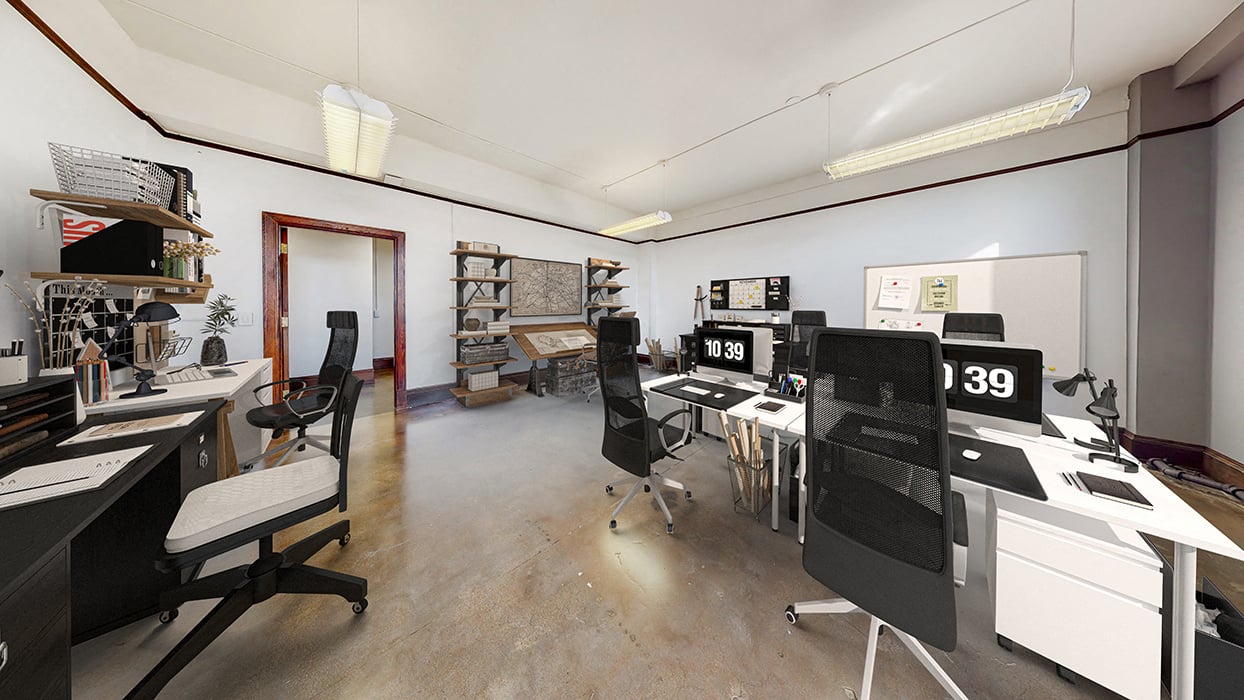 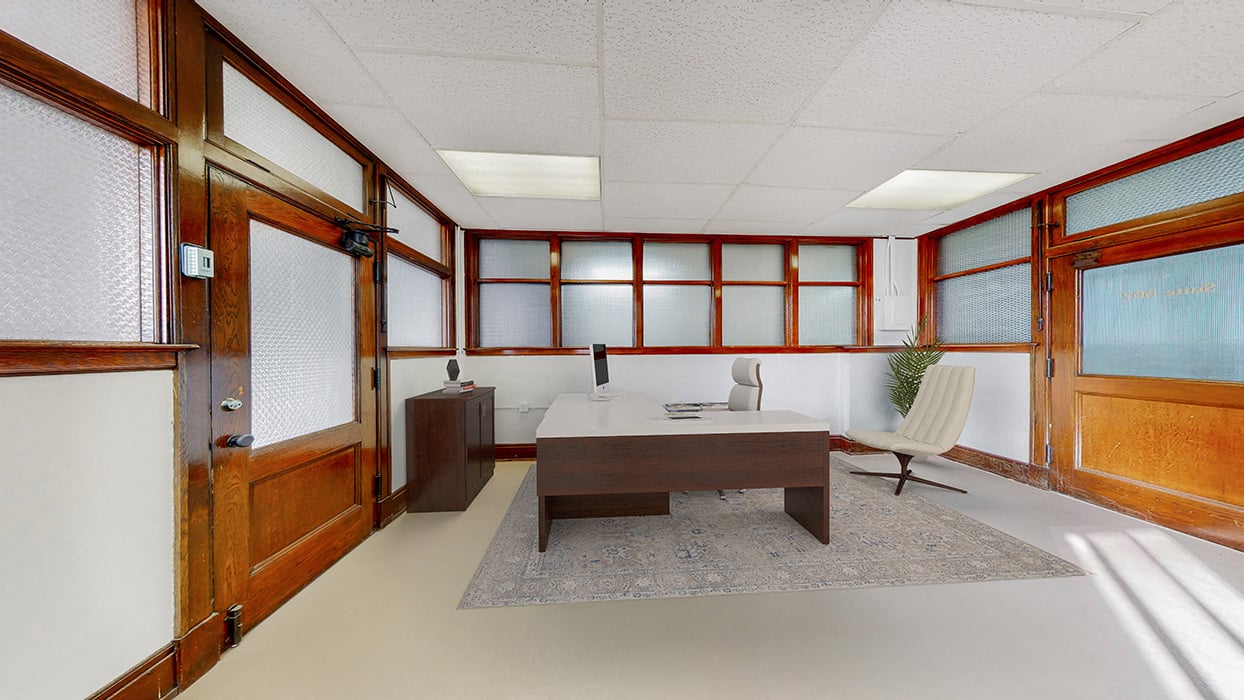 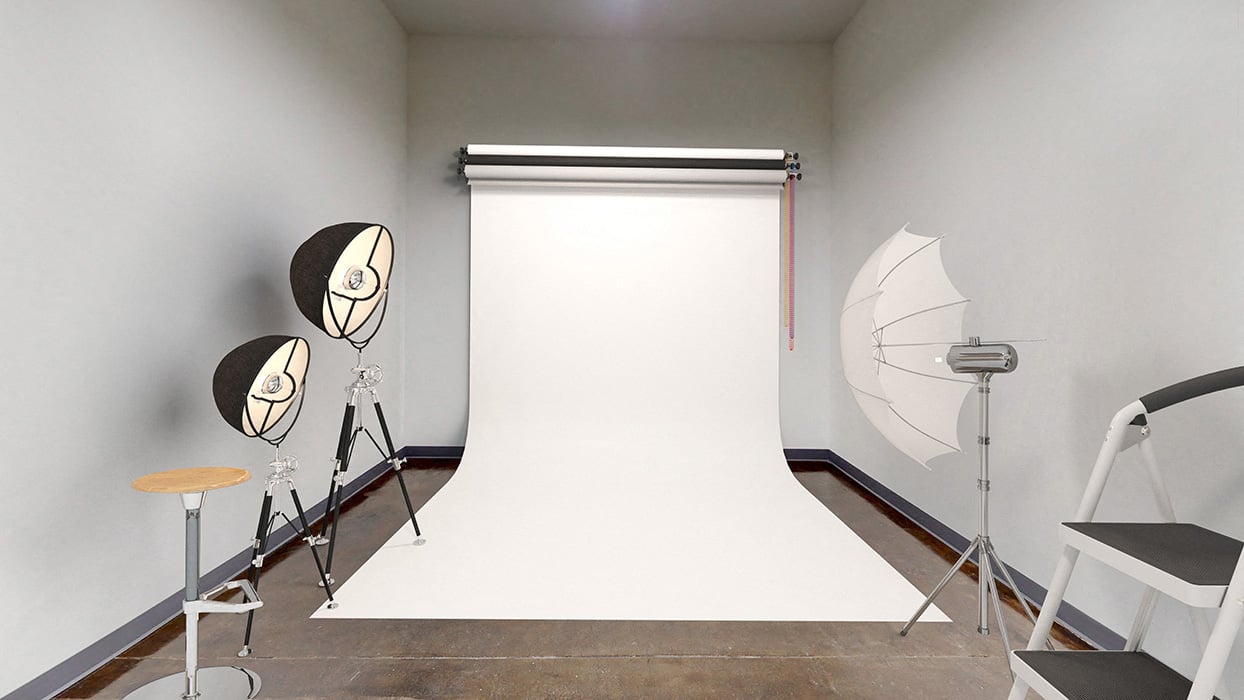 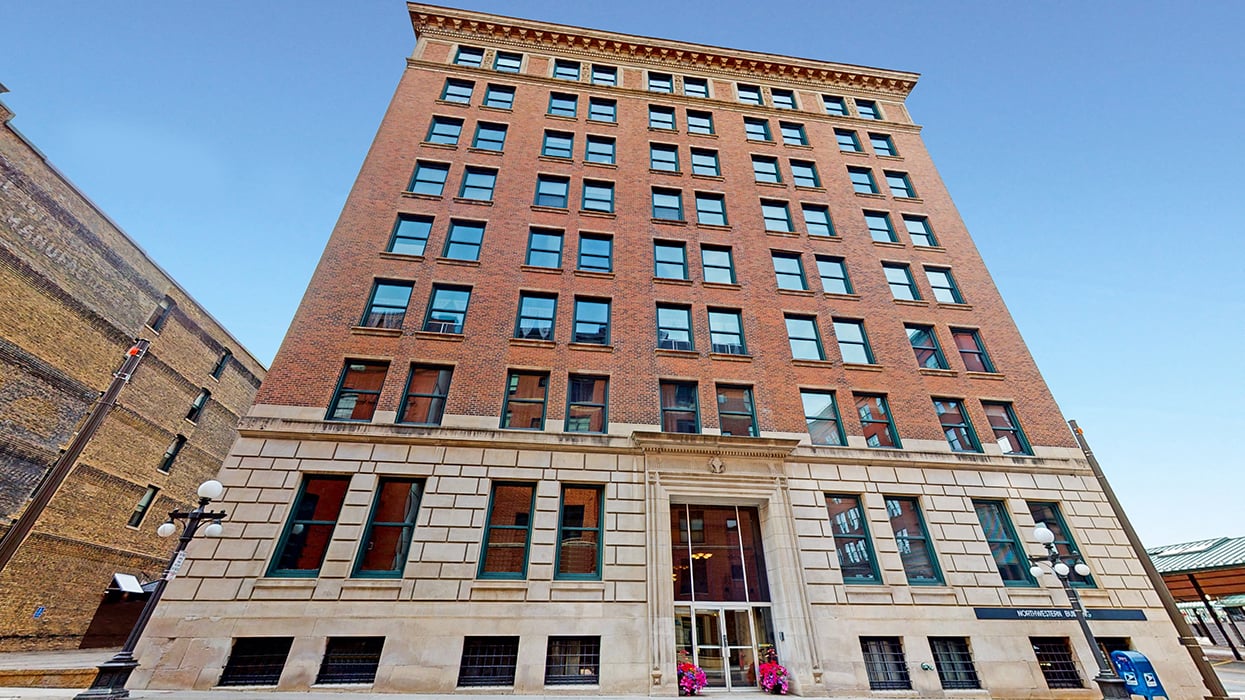 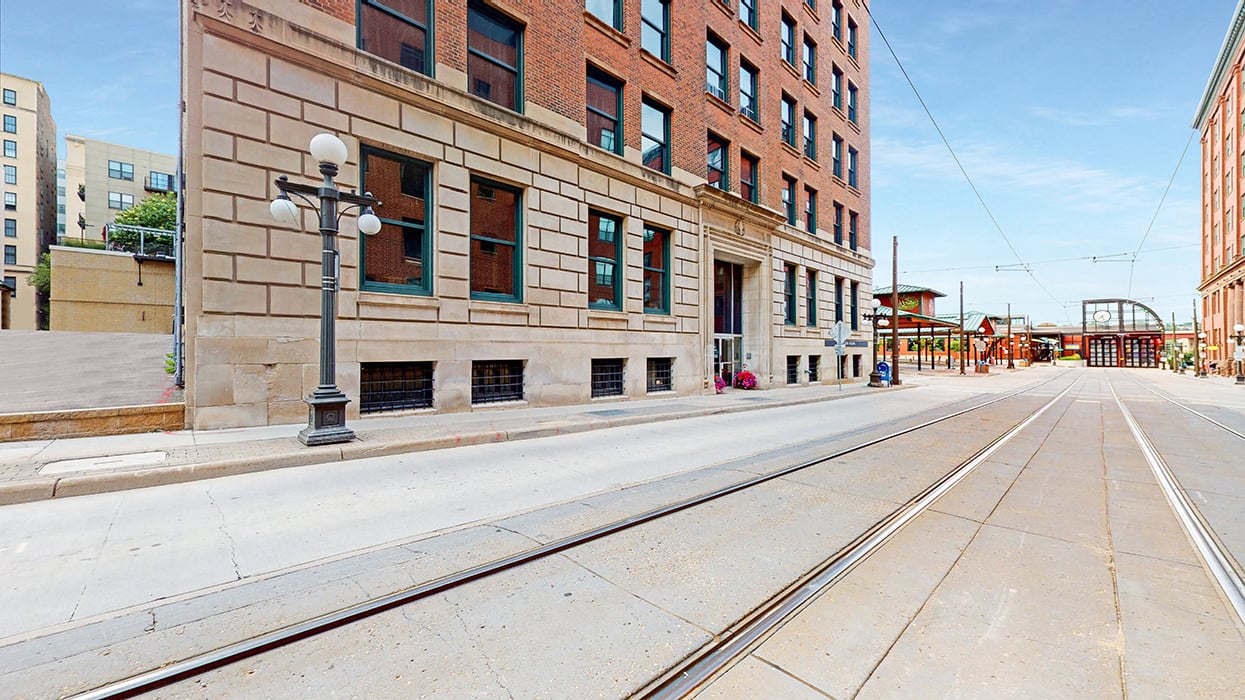 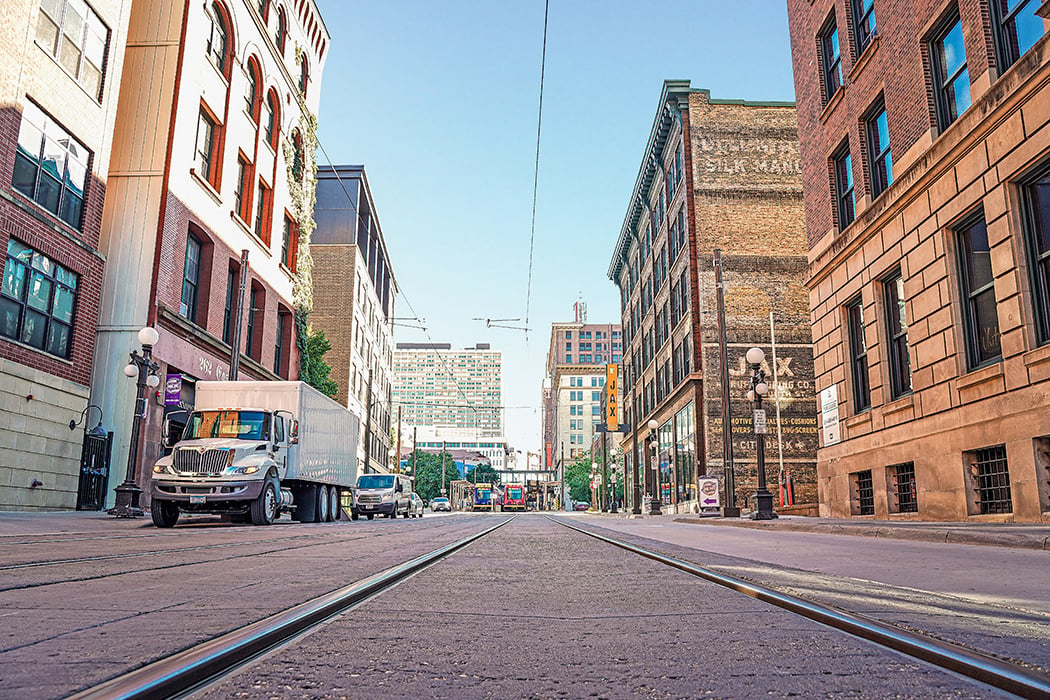 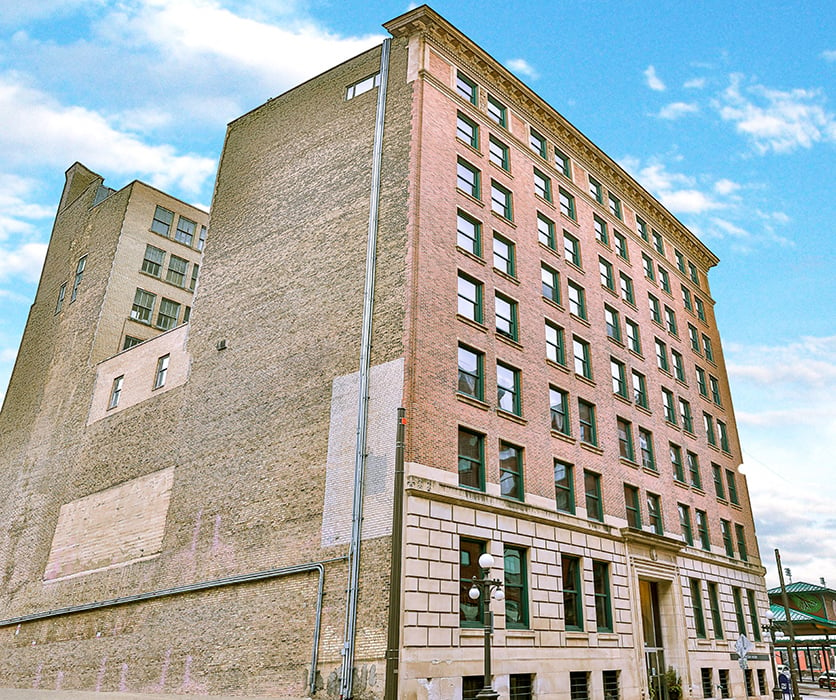 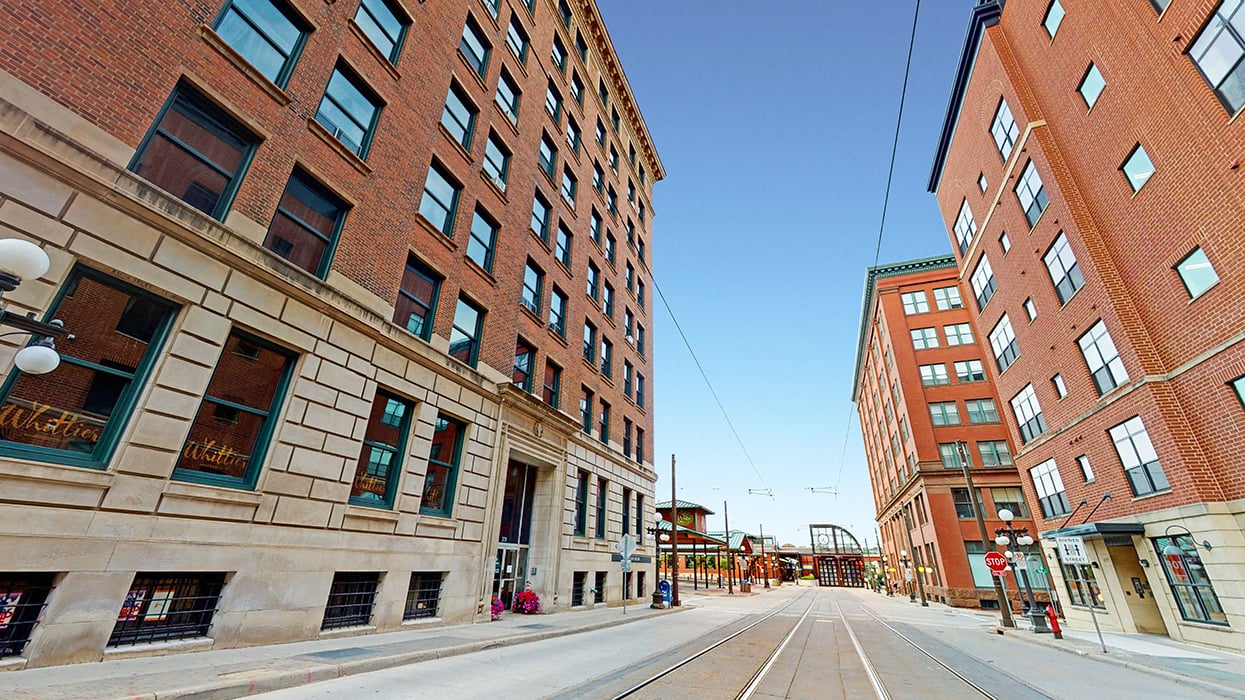 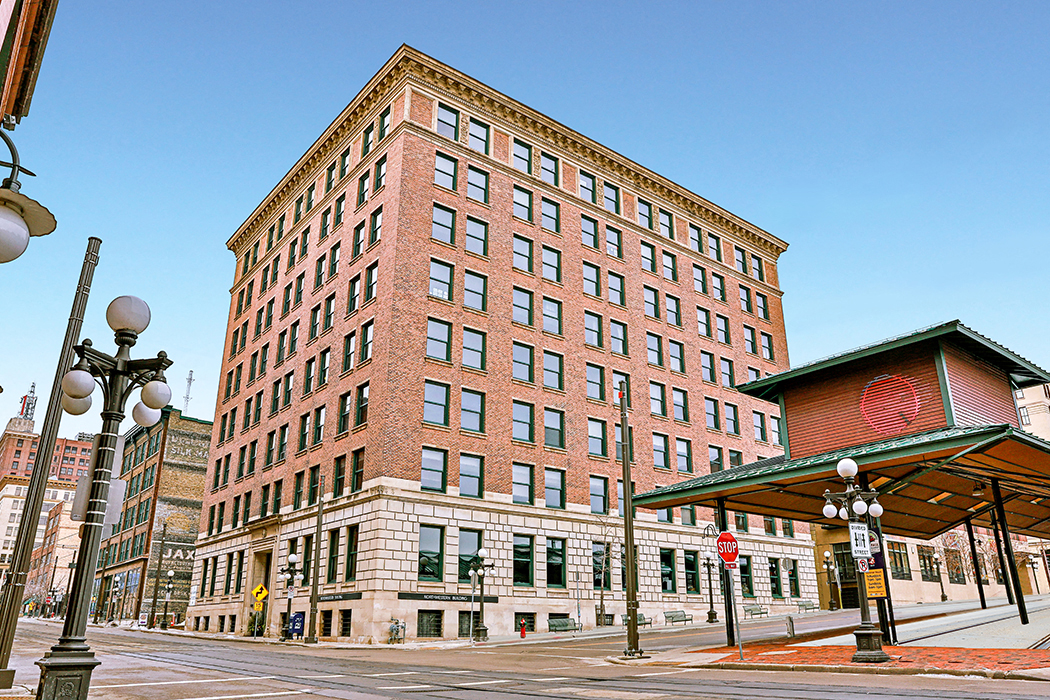 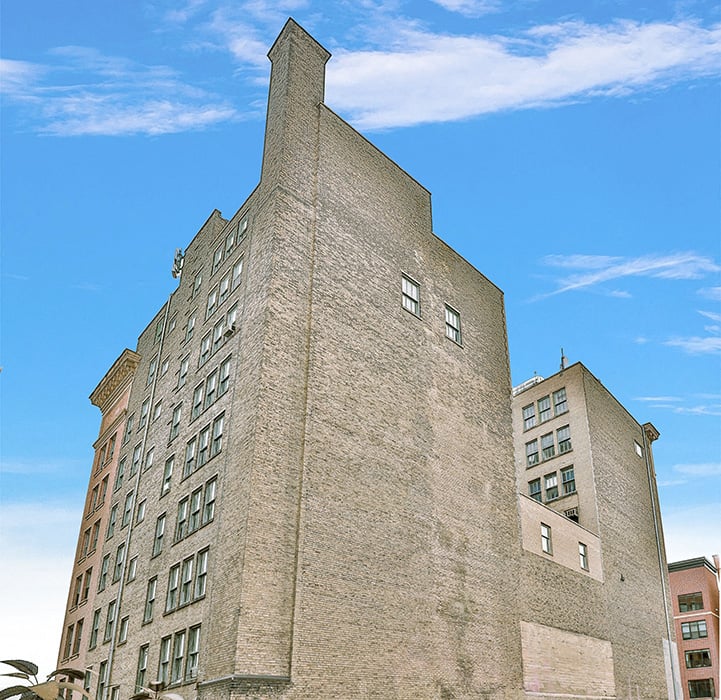 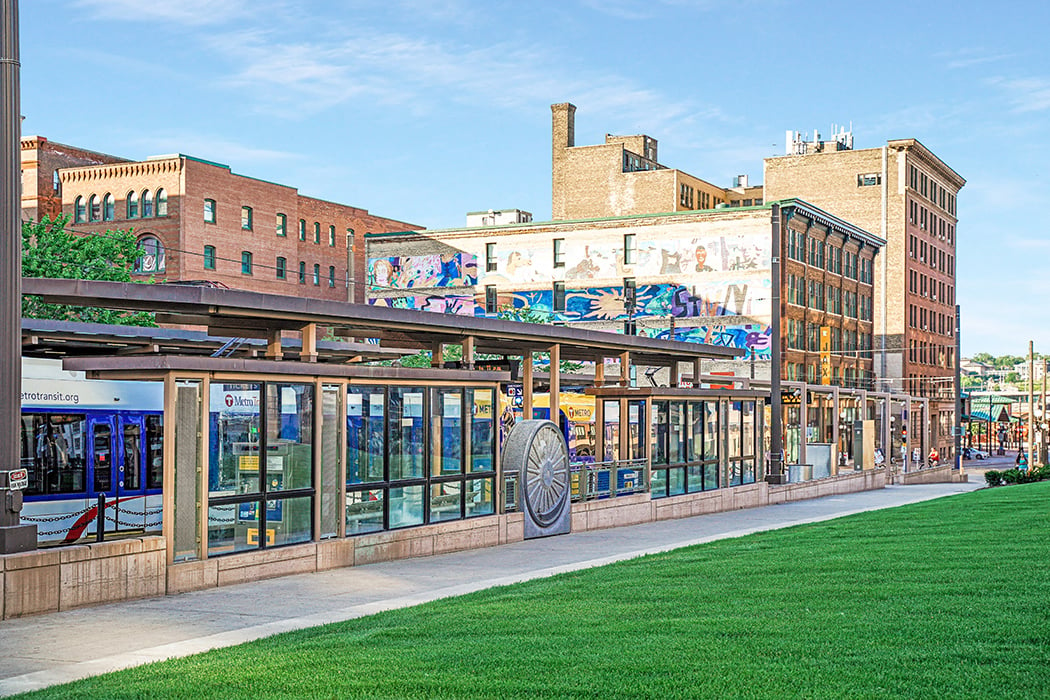 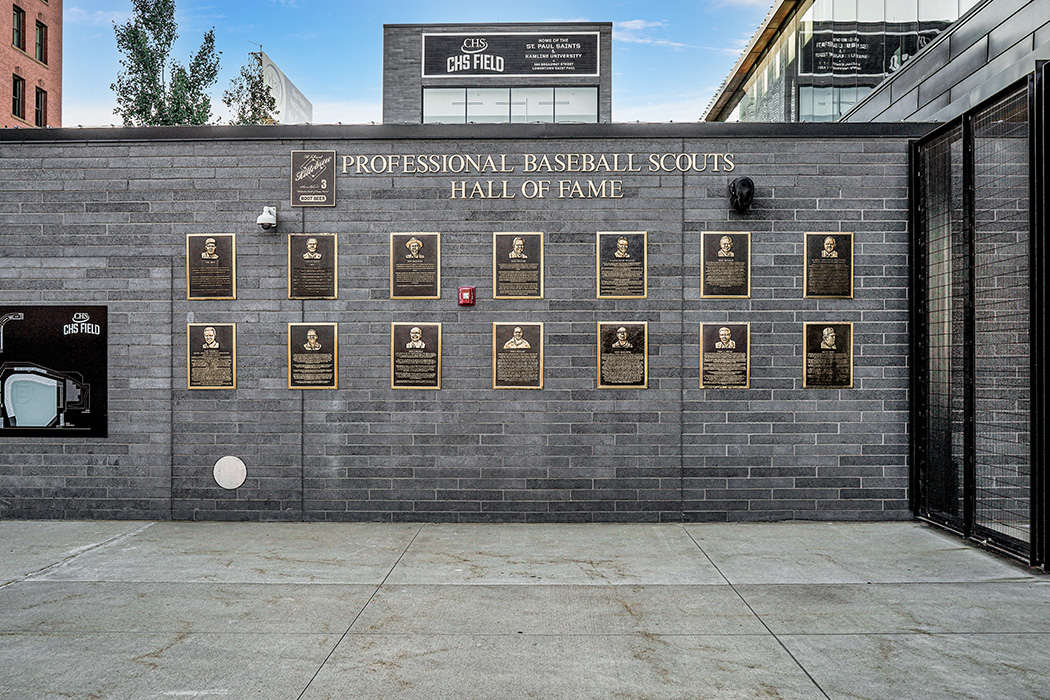 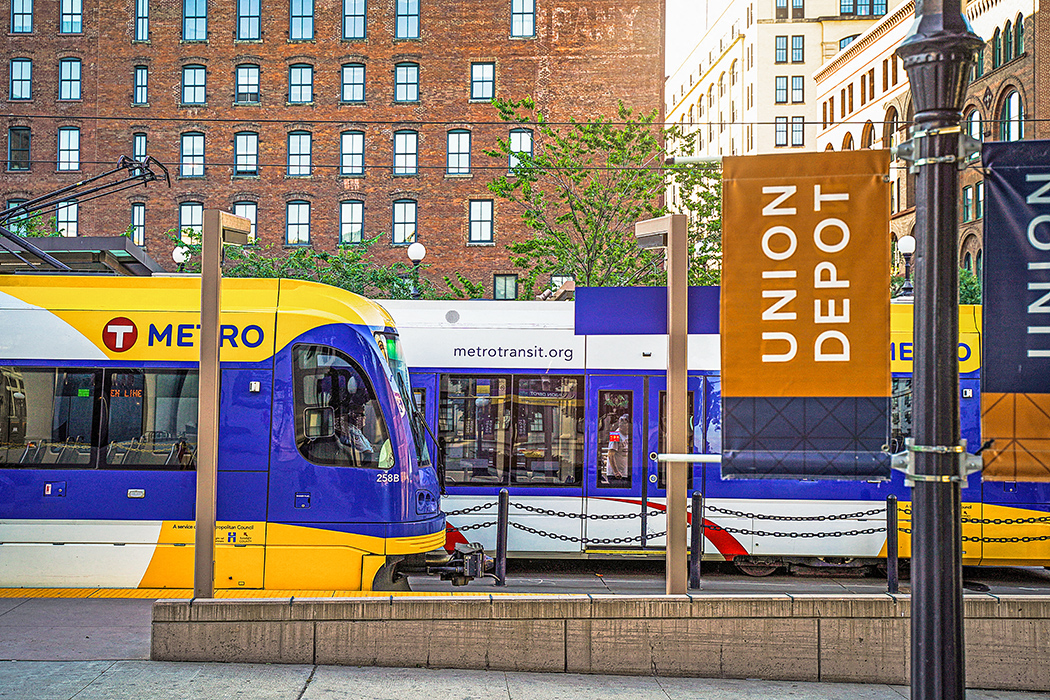 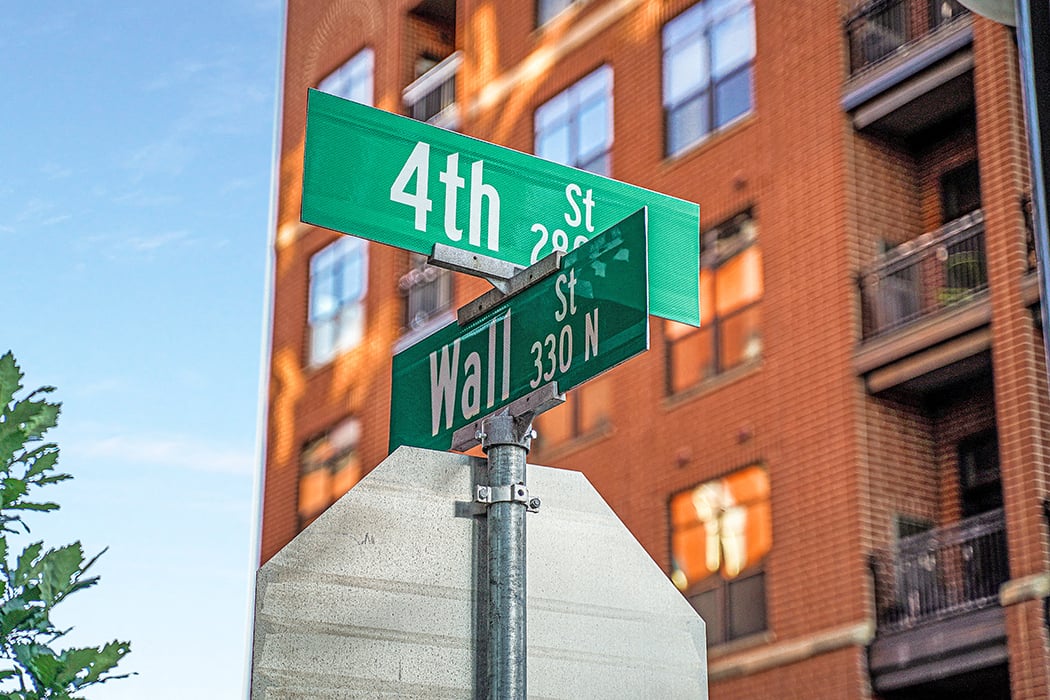 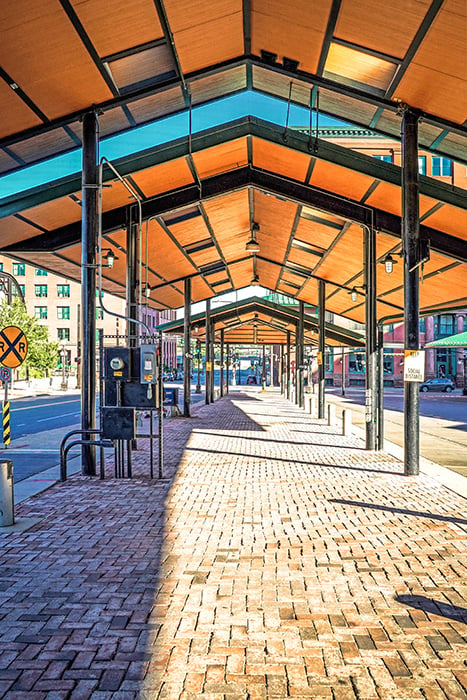 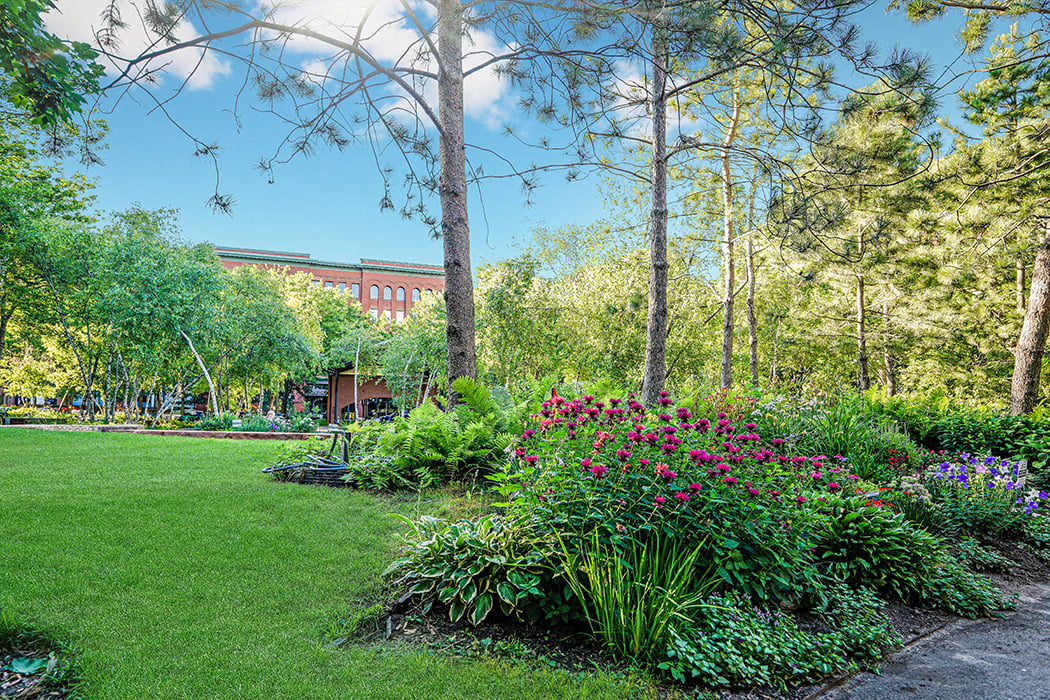 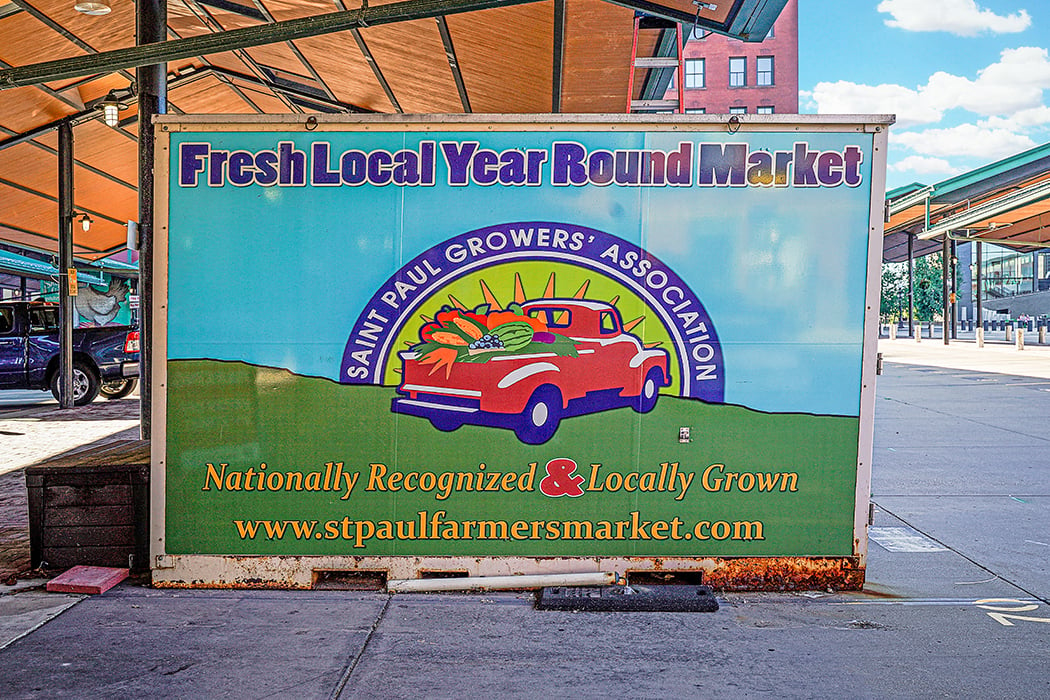 The evolution of the railway system laid the groundwork for the construction of the Northwestern Building as the railway system connected the Twin Cities with the rest of the U.S. The St. Paul & Pacific Railroad was the first railroad to come to Minnesota sending their first engine, known as the William Crooks civil war engine, in 1862.

The nine railroads that served St. Paul came together to form the St. Paul Union Depot Company in order to have one passenger station for all railroads. The first Union Depot opened in 1881. During that same year, one of the many railway companies was sold to the Chicago, St. Paul, Minneapolis, and Omaha Railway, controlled by the Chicago Northwestern Railway who had their headquarters, known as the Omaha Building, on the corner of Rosabel and 4th Street. Rosabel has been renamed Wall Street, and the headquarters still remain; today it is known as the Northwestern Building. 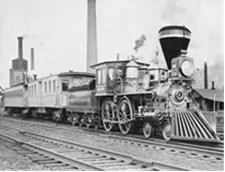 Born in Lewiston, ME on May 31, 1856, Charles S. Frost lived a life filled with accomplishment. In 1876, he completed an architecture course at MIT and later became a draftsman for Peabody & Stearns, “a leading Boston architectural firm of the era.” By 1881 he moved to Chicago and a year later partnered with Henry Ives Cobb, a former architect from Peabody & Stearns. Together they completed notable buildings such as the Union Club, Chicago Opera House, and the Newberry Library. In 1888, their sixteen-year partnership came to an end and Frost worked solo and is credited with designing the Navy Pier (1916).

Frost married in 1885 to May Hughitt, daughter of Marvin Hughitt, the president of the Chicago and Northwestern Railroad. Frost partnered with architect Alfred Hoyt Granger in 1898; Granger was also Frost’s in-law who married Marvin Hughitt’s daughter Belle Hughitt, in 1893. Together Frost and Granger are credited with over 200 railroad stations and suburban depots; “their work for Chicago and Northwestern occurred during the company’s largest period of expansion consolidations.” Their partnership ended in 1910 and Frost went on to work solo once again, building the Union Depot in St. Paul as well as two office buildings: The “Omaha Building” (1916-1917) located on 275 E 4th Street, built for the Chicago, Minneapolis, and Omaha Railroad, as well as the Railroad and Bank Building, located on 176 5th St E, later known as the Burlington Northern Building (1914-1916). James J. Hill, the “Empire Builder,” hired Frost to design the Great Northern Depot in Minneapolis (1913) which opened in half the time it took to complete St. Paul’s Union Depot.

Frost was elected to the College of Fellows of the American Institute of Architects in 1889, retired in 1928, and died in Chicago, December 11, 1931. 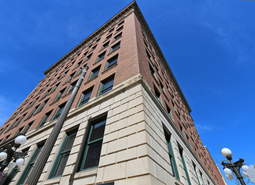 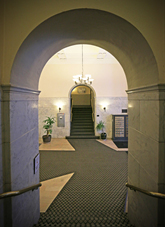 
Decline of The Passenger Rail at Union Depot

While construction of the Union Depot was underway, the number of passengers who frequented the rails increased rapidly. Railway companies expanded in order to keep up but did not anticipate the steep decline of the passenger rail that was due to two world wars, other modes of travel, and an increase in freight and mail. The U.S. The Postal Service took advantage of this downturn, renting the second floor of the Union Depot for mail processing, but even the number of mail carrier trains declined and eventually USPS moved their location to the Midway. The last day to provide private passenger service occurred on April 30, 1971, before Amtrak took over and moved operations to the Minneapolis Great Northern station. In 1978, Amtrak moved to a smaller station in the Midway and the Great Northern depot designed by Charles S. Frost was torn down. The St. Paul Union Depot exists today with one passenger train which departs from the station each day.

Artists began filling the empty spaces of Lowertown in the 70s and 80s; the neighborhood was added to the National Register of Historic Places in 1983. Urban planner and designer Weiming Lu is largely credited with the reinvention of Lowertown. A follower of Chinese philosophy, Lu incorporated Taoism in his plan for Lowertown, incorporating a balance of old and new.

Tacoumba Aiken, referred to as the mayor of Lowertown, is a local artist and friend of Lu. His paintings can be found around the neighborhood, one in the Union Depot, another at just/us Eatery and Events. Aiken jokingly remarks he never asked to be called the “Mayor of Lowertown,” but his knowledge of the neighborhood and friendliness earned him the nickname. (T. Aiken, personal communication, March 25, 2020).

Marla Gamble, a visual artist, is referred to as the Mother of Lowertown. As one of the first artists in the neighborhood, she fought alongside others to have affordable housing for artists, in the midst of a redeveloping neighborhood.